Following a controversy with the show’s voting system and confusion regarding the winner announcement, on June 15th, SBS’s Inkigayo announced the winner for the June 14th broadcast.

BIGBANG took first and third place with the tracks “BANG BANG BANG” and “We Like 2 Party” at 9029 points and 5266 points respectively. EXO placed second with 8891 points for “Love Me Right.”

In related news, BIGBANG was reportedly banned from future Inkigayo appearances to penalize the group for absences by G-Dragon and T.O.P due to conflicting schedules.

Other artists who placed on the charts include SHINee, Zion.T, IU, Baek A Yeon, 4MEN, and EXID. 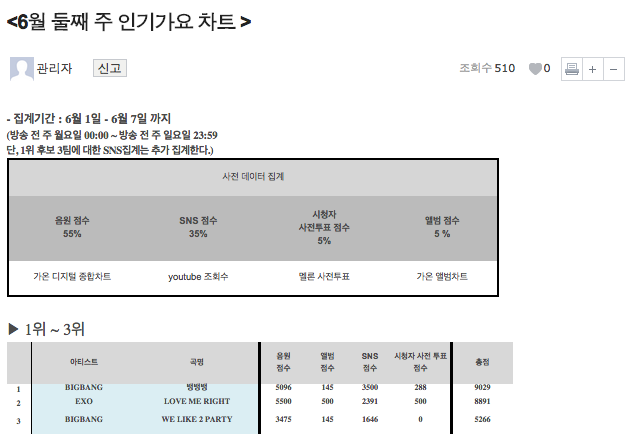