Sometimes, the love between two people can be apparent from just the way they look at each other.

And recently, fans claimed that they saw just that after seeing the interaction between G-Friend‘s Sowon and BTS‘s Jin. Although they were separated by a wave of fellow idols and staff members, Sowon and Jin appeared to have made eye contact with each other and continued to stare at each other through all the people in between them. Because of this Romeo and Juliet-like interaction, fans suspect that the two are actually in love, anticipating for them to become next celebrity couple. 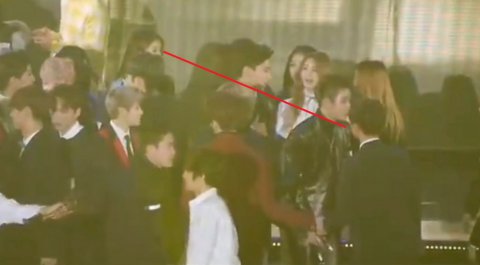 Jin’s group BTS recently made a comeback with their new song “Fire.” Check out the music video for the song below:

7 Mysterious Dating Scandals That Left Fans Suspicious Something Was Happening