Having debuted in June of 2013, BTS will be celebrating their 3rd anniversary with fans at the Macau stop of the tour, scheduled to be held at the Studio City Event Center. Along with the concert, local organizer Rolemodel Entertainment Group (REG) and Studio City in Macau have also announced that there will be a hi-touch event held for those lucky fans who are able to purchase limited VIP tickets.

Tickets are scheduled to go on general sale on May 18th, with ticket prices ranging from $480 – $1,880 HKD/MOP (approximately $62 – $242 USD). They can be purchased online through http://www.studiocity-macau.com, http:///www.hkticketing.com, and http://show.wepiao.com starting from 11am local time.

This concert will also mark the second event in the KLIVE series as presented by REG, a subsidiary of CJ E&M. The KLIVE series is aimed at providing fans with a chance for intimate interactions with artists, and will consist of many exciting kpop events in Macau and other Asian cities. The first event of the series, Super Camp in Macau by Super Junior, is scheduled to be held on May 28th. 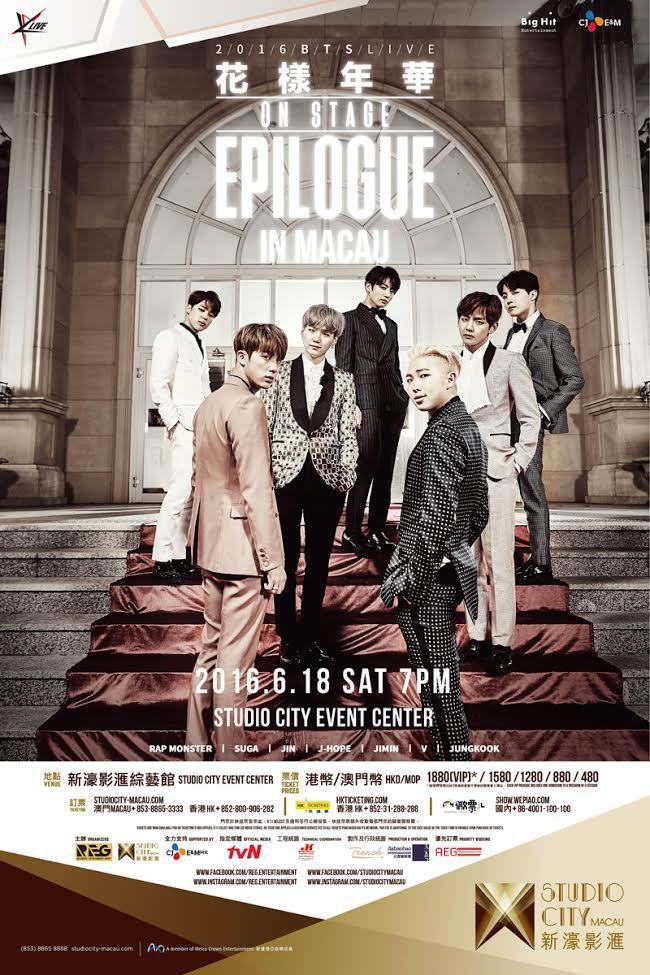