Li Chen, a member of the Chinese variant of the program SBS Running Man titled Hurry Up, Brother, met up and took photos with the original cast of the Korean Running Man.

The Chinese actor Li Chen posted, on his Weibo on November 11th, a photo of himself with the cast of Korean Running Man members, Lee Kwangsoo, Yoo Jae Suk, Kim Jong Kook, Song Ji Hyo, Ji Suk Jin, and Gary. Everyone in the photo is seen smiling happily, and seemed friendly with Li Chen as they posed closely together.

In related news, Li Chen was reported to have been injured, receiving 22 stitches after a brawl against Kim Jong Kook for Hurry Up, Brother. 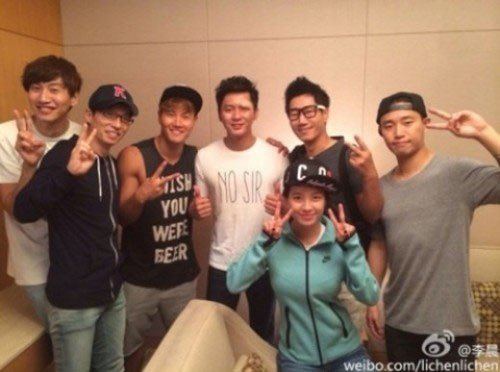