A post questioning the legitimacy of the most recent voting results on Mnet‘s M! Countdown has appeared, as netizens voice their suspicions about Elsie‘s (T-ARA‘s Eunjung) landslide win.

On May 16th, an image capturing Elsie’s overwhelming first place win over BIGBANG and INFINITE’s Sungkyu with 71.2% on M! Countdown‘s online charts went viral through the online community Pann.

The original poster of the image wrote down their reasoning for believing in some foul play by Elsie, commenting:

“I think the defense of T-ARA’s fans saying that T-ARA has a huge international fanbase is not good enough. Everyone knows how big BIGBANG is and I believe INFINITE is popular enough internationally to hold an Arena Tour. I know T-ARA is popular overseas and I’m not trying to deny that, I am simply stating that it is impossible for the vote percentage to shoot up to 70%, no matter how popular you are.

Even artists how have ridiculous popularity all over the world like GG (Girls’ Generation) and EXO don’t shoot up in vote percentages like that.

If she has enough fans to suddenly shoot her up to 70%, her album sales should reflect this but they do not.

BIGBANG and INFINITE have large international fanbases as well.

I’m not trying to criticize Eunjung, but I feel like that there is foul play involved and the company is to blame. 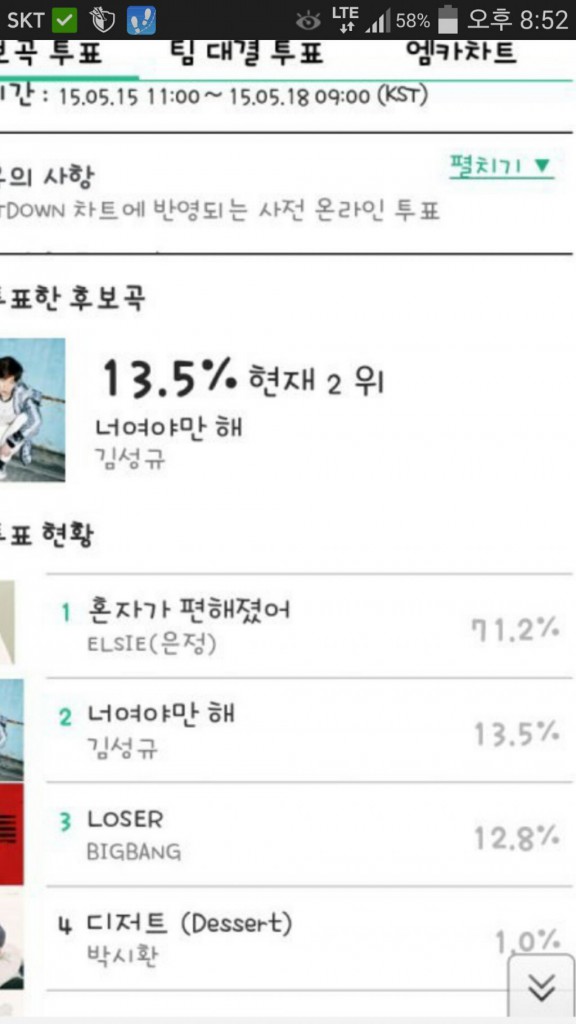