A reporter landed himself in some hot water with the netizens by commenting something offensive on Hani’s photo.

As expected from a top group like EXID, they attract more media than they can handle sometimes, however, a photo from a reporter has started a ripple effect of anger within the netizen community. More specifically, the reporter’s title for the image has received criticism and high disapproval from them.

Titled “Hani, luxurious body that calls for bad manner hands,” the photo shared is of Hani singing her solo part in the track as the male backup dancers places a hand on various areas of her body such as her waist, shoulder, hip, and calf.

But netizens have called out the reporters for their inappropriate title to describe the photo, commenting that they are encouraging sexual harassment. 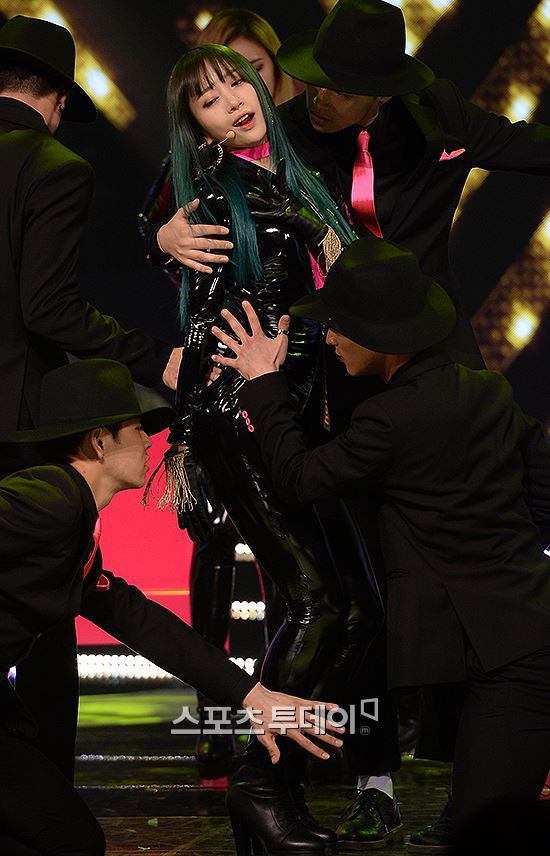 [+32, -2] 댓I guess I’m not the only one that was bothered by the title. The idea that a good body calls sexual harassment is so ridiculous and offensive. It’s rude to the dancers and performers as well. Reporters need to act like professionals.

[+28, -4] These titled and the way men portray women I feel are very condescending. They objectify women….and imply rape/sexual harassment are partly the fault of women..please think before posting these titles.

BTS’s Jungkook To Release Creative Pictorial For His Birthday

BIBI Reveals The Differences Between Clubbing In Gangnam, Hongdae, And Itaewon

BTS’s Jimin Still Rocks The Same T-Shirt From Years Ago, But ARMYs Notice A Big Difference