A photo from EXID’s recent performance at the year-end SBS Awards Festival (SAF) has become quite the topic among netizens.

Hani, who has become credited with the group’s surge in popularity due to a viral fancam of her dancing “Up & Down,” was especially discussed.

Known for her perfect body and spirited variety personality, netizens were shocked to see her recent transformation at the SAF stage. Netizens voiced in unison that she must have undergone a very strict diet prior to the performance as her once curvy body figure seems to have disappeared.

EXID performed a variety of their hit tracks such as “Up & Down,” “Hot Pink,” and “Ah Yeah.”

Check out the photo, videos, and comments here: 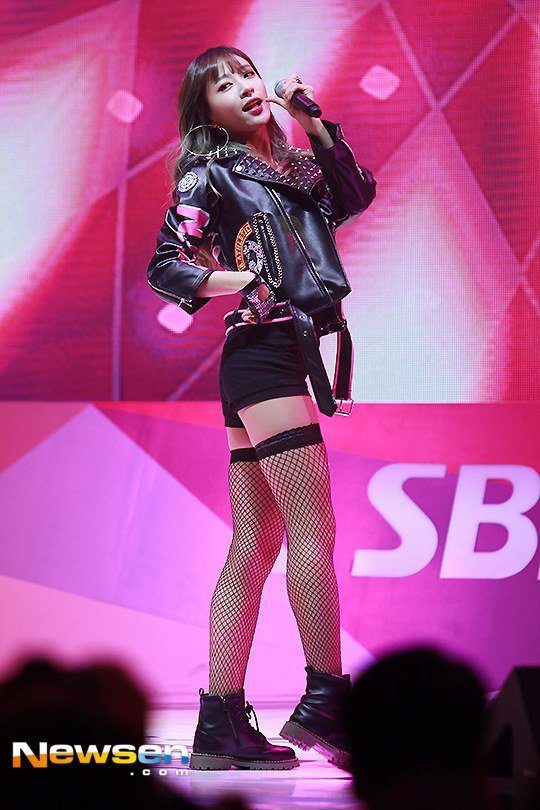