With plastic surgery being so common and popular in South Korea, many celebrities have been accused of having had work done. After seeing a side by side comparison between a recent photo of Girls’ Generation‘s Seohyun and one from before her debut, however, netizens were impressed with her natural beauty. In fact, after seeing how similar she looks to photos from her childhood, netizens were also shocked at how ageless the SM Entertainment singer really is. 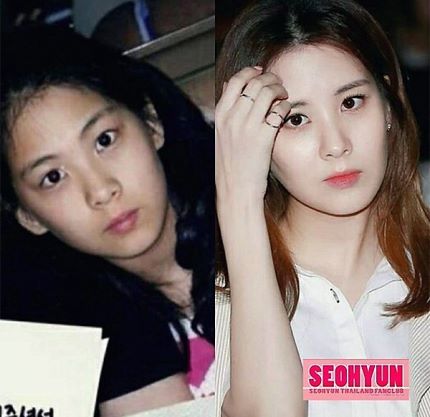