Red Velvet has been one of the hottest rookie groups in 2015. Members Joy and Yeri has been noticed for their beauty even being compared to members Taeyeon and Yoona of Girls’ Generation. Other members have also made their ways to be noticed by fans and netizens for their beauty and talent. Although they are often blamed for receiving special treatment from SM Entertainment, they have successfully made their presence known in the K-pop industry.

But in a recent live streaming of Naver V app featuring the group, Joy’s alleged rudeness towards member Seulgi is getting a lot of attention. Red Velvet Joy’s actions were found to be rude by many fans and netizens.

Titled “Who Saw The Recent Red Velvet V App (Joy’s Attitude),” here is the direct translation of the post and comments below.

“I’m not a fan of Red Velvet but I’m kind of interested in them? So I decided to watch the V app.

I felt that Wendy, Seulgi and Irene all have great personalities hahahahaha

Throughout the whole thing, Joy and Yeri seemed to be trying to hog the camera in order to get more minutes on the show.

I admit that they’re actively trying to get in front of the camera..

But covering their unnis (other members) who are obviously behind them

and trying to be center of attention is really disrespectful.

Even if the members are close, don’t you think that is a little too much..?

but whenever Wendy and Seulgi were on camera 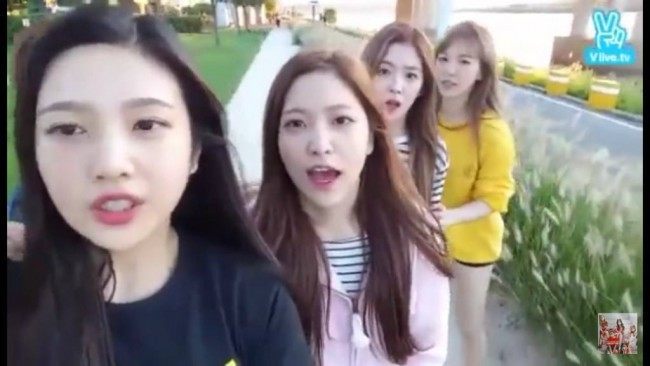 “In this, Seulgi can’t be seen because she is behind Joy hahahahahaha At first,

everybody was on camera but suddenly, Joy comes all the way front of the camera

other members who may not be on camera…” 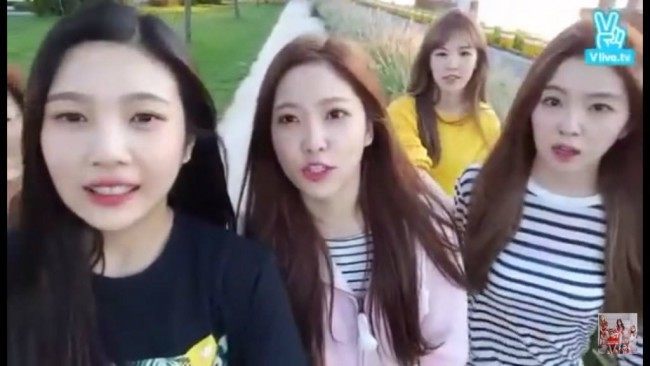 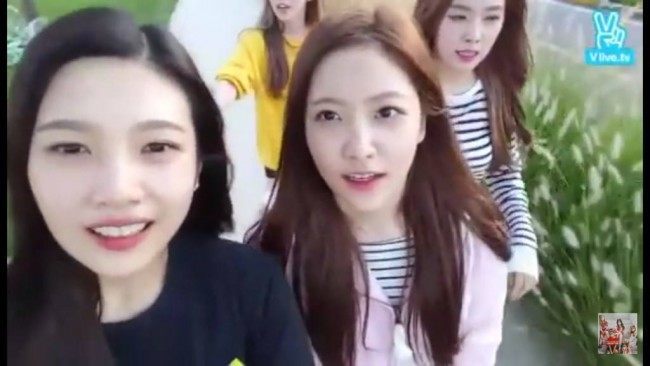 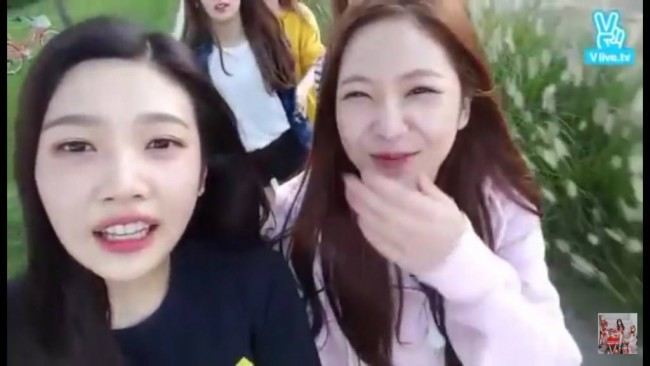 “Seulgi finally gets on camera” 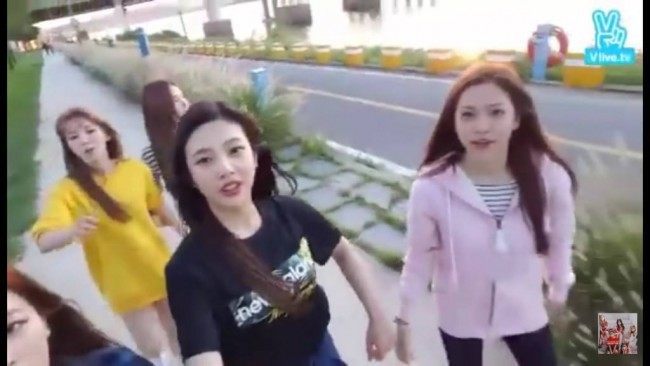 “Seulgi comes on camera next to Joy and then Yeri doesn’t get on camera for 3 seconds? about..

So Joy holds Yeri’s hand right away and turns the camera when obviously Seulgi is right there.

After turning the camera towards them, Seulgi disappears from the camera…” 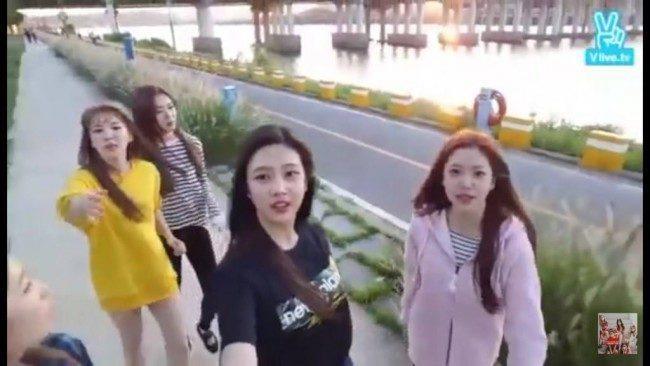 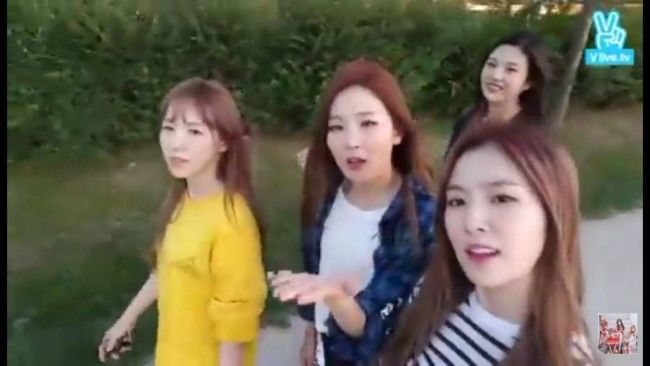 “Finally, Seulgi can be seen really good on camera.. but suddenly..” 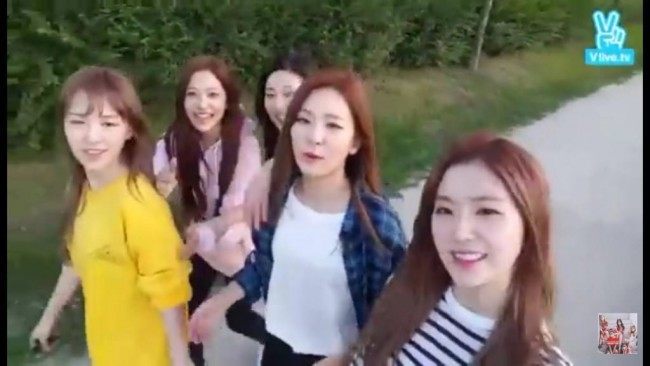 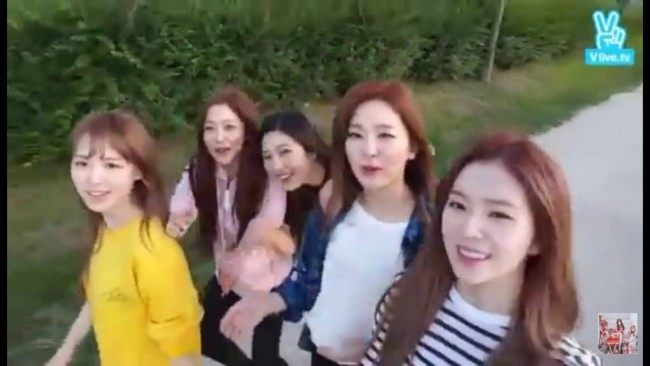 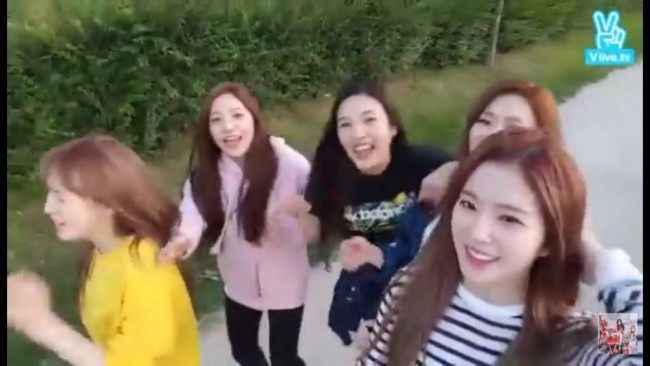 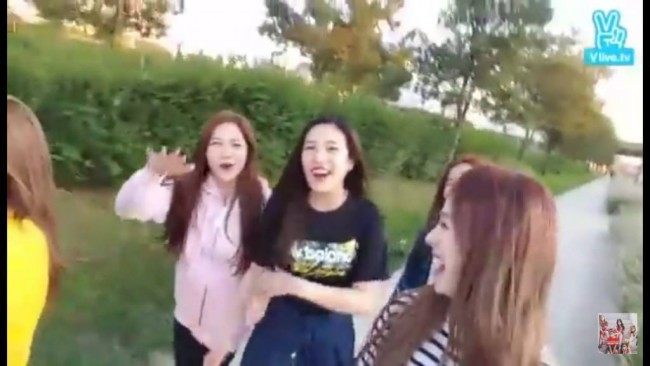 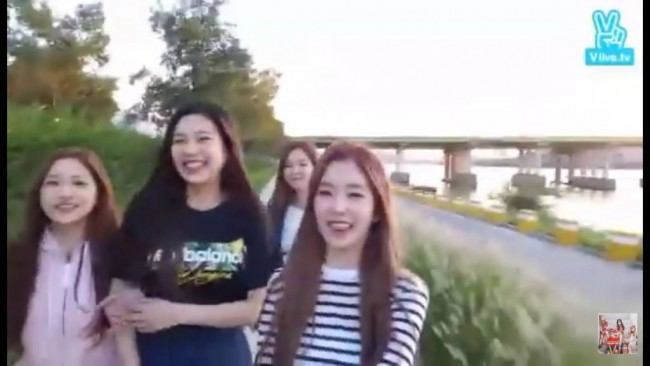 Even at the end of the V app episode, Wendy brings up how Seulgi didn’t get much minutes but

I think it is because Irene, Wendy, and Seulgi are really nice and doesn’t care much so

Those two are acting so rude… But it could be something that I felt since I’m not their fan..

There are more parts that Seulgi can’t be seen, but I only have these pictures..

On photos, it looks better than what it was on video… You have to watch the video then

you can really feel what it was like T_T_T_T_T_T

[ +159 / -9] I didn’t know Joy was like that but after Yeri came into the group, it feels like they’re being ruthless together… I thought Joy was very mature but it seems like she is so childish;; To be honest, the unni members seem to be having a hard time. Wendy is the only one taking care of Seulgi. On the show, Seulgi wanted to do a parody of a bicycle commercial but then suddenly Joy and Yeri comes with their bicycles and sing f*cking loud;;; I really thought they’re some 5 year olds.

[ +141 / -11] After watching this, I really thought Joy and Yeri are so childish hahahahahaa To be honest, I really liked Joy, Yeri and Irene from Red Velvet but after watching V app, I really felt embarrassed of their actions. Are there other groups that have maknae members acting like that? I think the unni members are too nice so those members are acting that way. Whenever unni members talk, they just ignore them and make themselves the center of attention hahahahahaahahahaha

[ +105 / -26] Hul.. You felt the same way I did watching this. I think Joy and Seulgi are not close or something.. During the super mart scene, Joy and Irene were laughing so much and when Seulgi was holding pringles chips and playing around, Joy was seen making a no feeling or serious face towards her hahahhahahahahahaha I guess they’re just not friends