INFINITE’s Woohyun becomes the first out of the seven-member group to reach one million followers on Twitter!

Woohyun created his account in August 2010, a few months after the debut of INFINITE. After creating his personal Twitter account for more than four years, Woohyun has finally reached a new milestone by joining the millionaires’ club on Twitter.

Known as the fanservice king of the group, Woohyun usually tweets with his selcas, not forgetting heartshape emoticons to express his love for his fans.

Next in line with the second most number of Twitter followers is the group’s visual L (Kim Myung Soo), although his last post was in 2013 as he has moved on to another platform, updating his fans through Instagram.

In other news, INFINITE’s hip-hop duo INFINITE H is currently promoting with their comeback title track “Pretty” and INFINITE will hold their second official fanmeeting in South Korea on February 28th and March 1st. 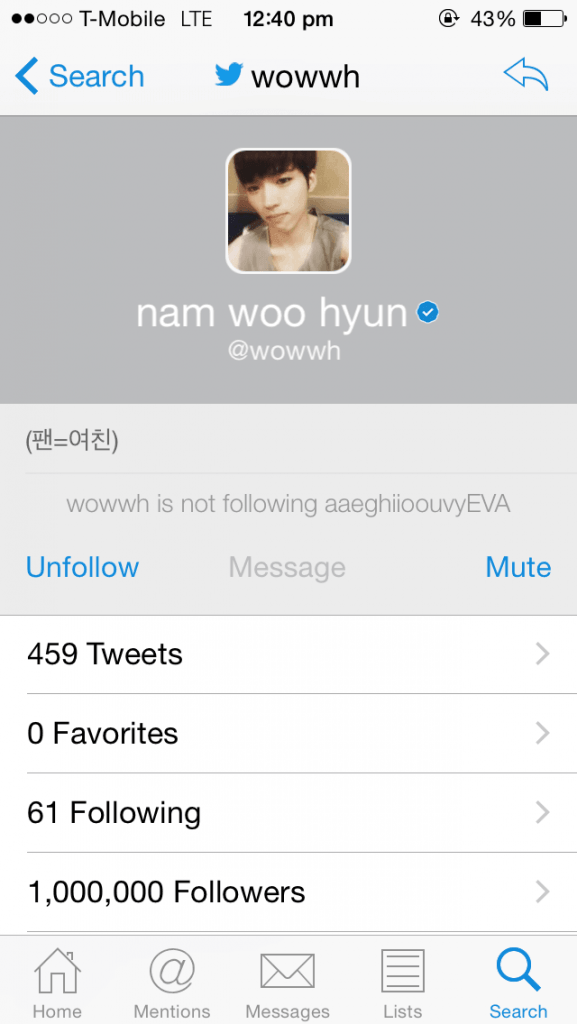