Girls’ Generation‘s Yoona reveals her choices for the top five SM Entertainment female beauties of all time on Weekly Idol.

Originally posted on Pann, titled “What Do You Think of Top 5 Beauties of SM By Yoona?” here is the direct translation of the post and netizen discussion below. 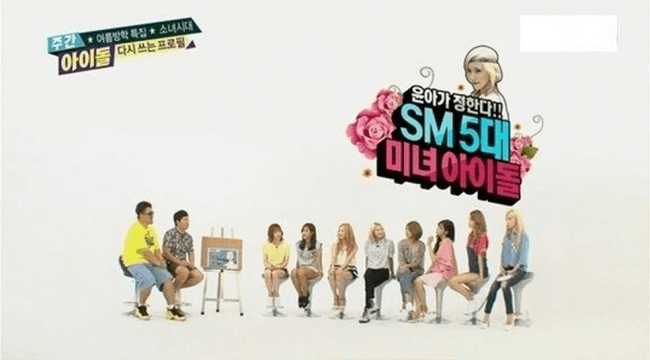 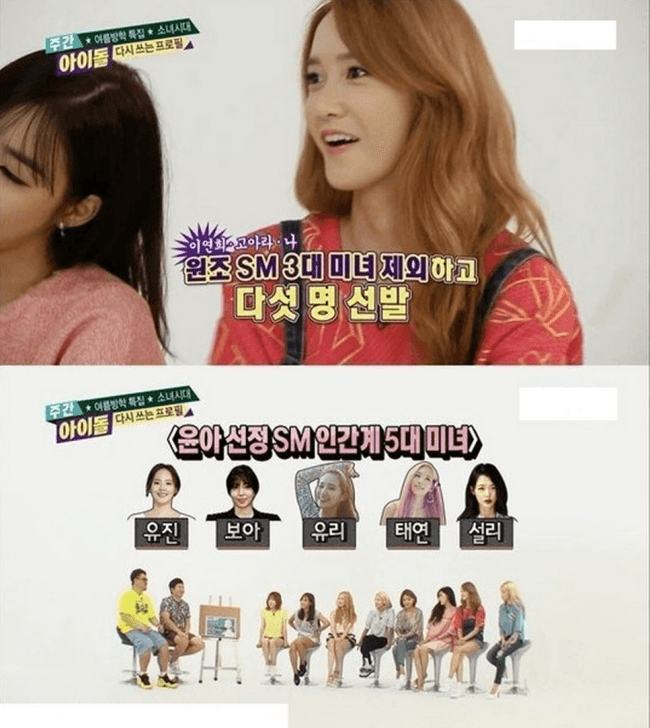 “To be honest I think BoA and Taeyeon needs to come out of the top 5. BoA is pretty but not up to the standard of SM Entertainment and Taeyeon isn’t the beauty standard expected from Korea.”

“What does everyone think?”

[ +151 / -2] It is Yoona’s own personal taste. ‘Yoona’s choices..’ Not that we picked them… Apperances are personal so we can’t say anything about it since it isn’t official”

[ +114 / 91] Personally, I want to take out BoA and Taeyeon and replace them with Krystal and Irene.