Netizens have shown their anger towards a Chinese INFINITE fan after she allegedly groped one of the members at the airport.

On Pann, a netizen shared a video of member Woohyun being recorded by a fan who seemed to be oddly and physically very close to the Korean idol with the group manager and security personnel nowhere in sight.

The female fan can be heard talking to Woohyun in Korean but (with what seems to be a Chinese accent) as the two go up the crowded escalator. Though Woohyun seems to respond to her with short words and slight head shakes, he overall seems to want to ignore her as he continues to look straight ahead without looking at the camera until that is, she allegedly touches his butt.

The original Pann poster comments, “This is a video of INFINITE at the airport. A female fan touched Nam Woohyun’s butt and he got angry. Isn’t this something you can report? What’s the manager and security doing? What has INFINITE ever done ㅠㅠㅠㅠ”.

Check out the video below:

[+129, -1] Man why are they so close and talking to him and why is Woohyun being so nice and responding to her. He obviously sounds and looks uncomfortable and frustrated. How if they are real fans do that ㅋㅋㅋㅋㅋㅋ Woohyum tried to be nice when she groped him but he couldn’t hide the frustration. ㅠㅠㅠㅠ. Woohyun is so nice to even his sasaengs that we are always worried

[+117, 0]  I mean everything else is fine sure you can be close to them and talk to them. If you see them often that’s not a big deal. But if you did touch his butt. EVEN if it was a mistake you have to politely apologize not just be like “Oh I didn’t know that was your butt

[+112, -4] The world is big and there’s many crazy bitches. Inspirits lets find and kill that girl.

[+69, 0] Nam Woo Hyun was being chased in China by sasaengs and said he was having a hard time too. Please change their manager Woolim. They’re being groped now too do your job. I heard that girl’s famous even though she’s not a fan master. I wonder why. 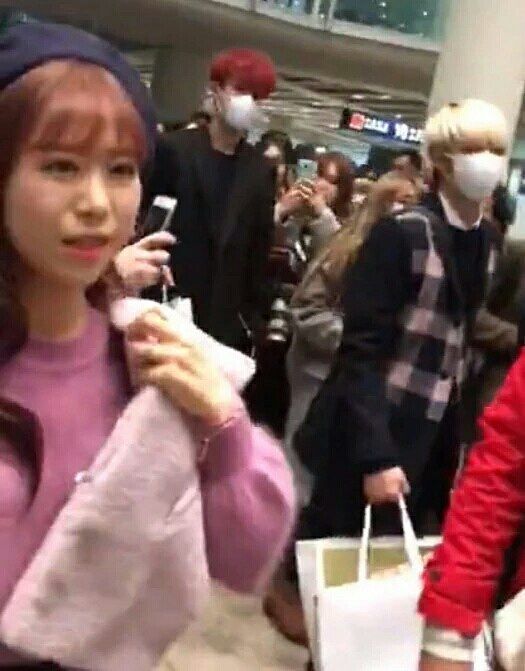