On December 20th, EXO Lay appeared at the Beijing International Airport on his way to Shanghai for an event. Fans were on site ready to greet their favorite idol but instead grew worried at his apparent exhaustion.

One fan-taken picture showed him resting on a sofa-bed in the departure lobby while waiting for his flight and covering his face out of pure exhaustion. Fans are concerned for Lay due to his former episodes where he actually fainted in Incheon Airport. 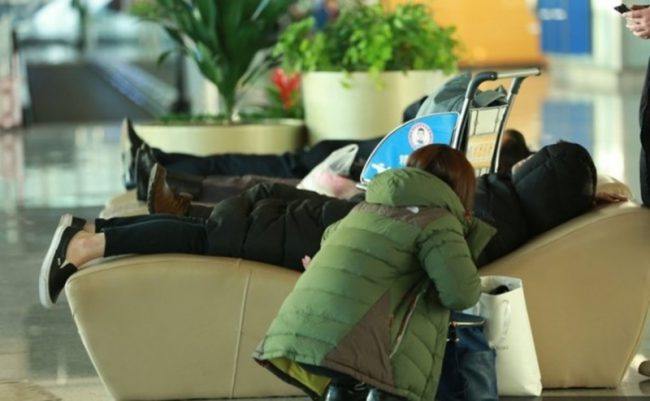 Many of his fans are worried especially due to the fact that celebrities are the busiest during the year-end season until the end of the lunar new year celebrations.