Everyone is in full voting mode with less than a full month left remaining for the 2015 Mnet Asian Music Awards set to take place on December 2nd in Hong Kong.

Despite voting for the event having started only a week ago, a controversy has already arise when a netizen pointed out a suspicious occurrence in the “Rookie of the Year” category, suspecting an illegal manipulation in the numbers taking place.

In summary, the netizen took the time to record the online voting into a chart, revealing the suspicious manipulation by doing so. They add that they have nothing against said artist or their fans. 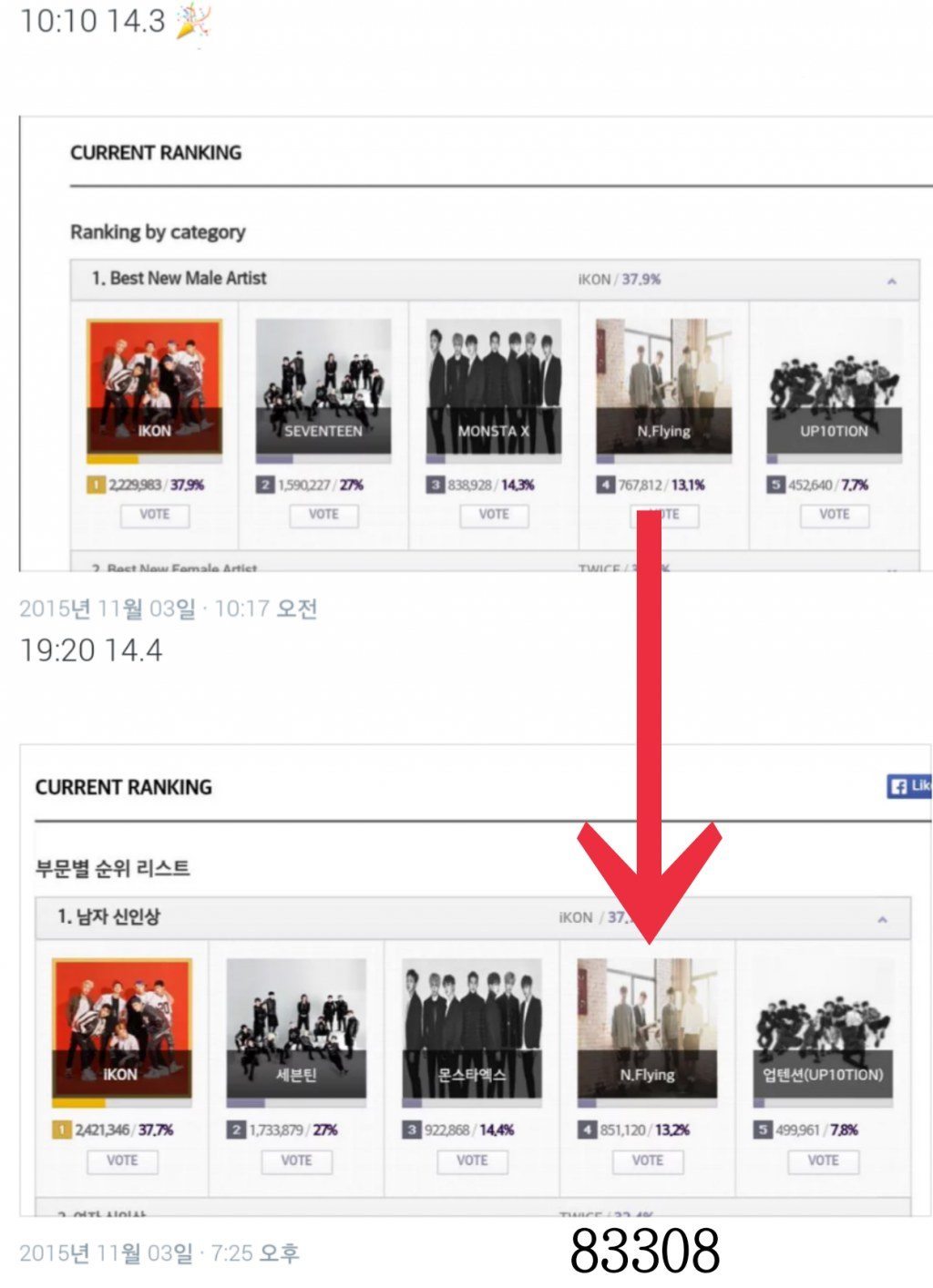 The following are what the netizen provides for the artists’ number in their fancafe:

The netizen points out how can a group with nearly five times less fans in their fancafe than iKON gain so many votes out of nowhere.

#3 Then what about the power of the foreign fans?

#4 Voting for MelOn Music (Awards) began around the same time? 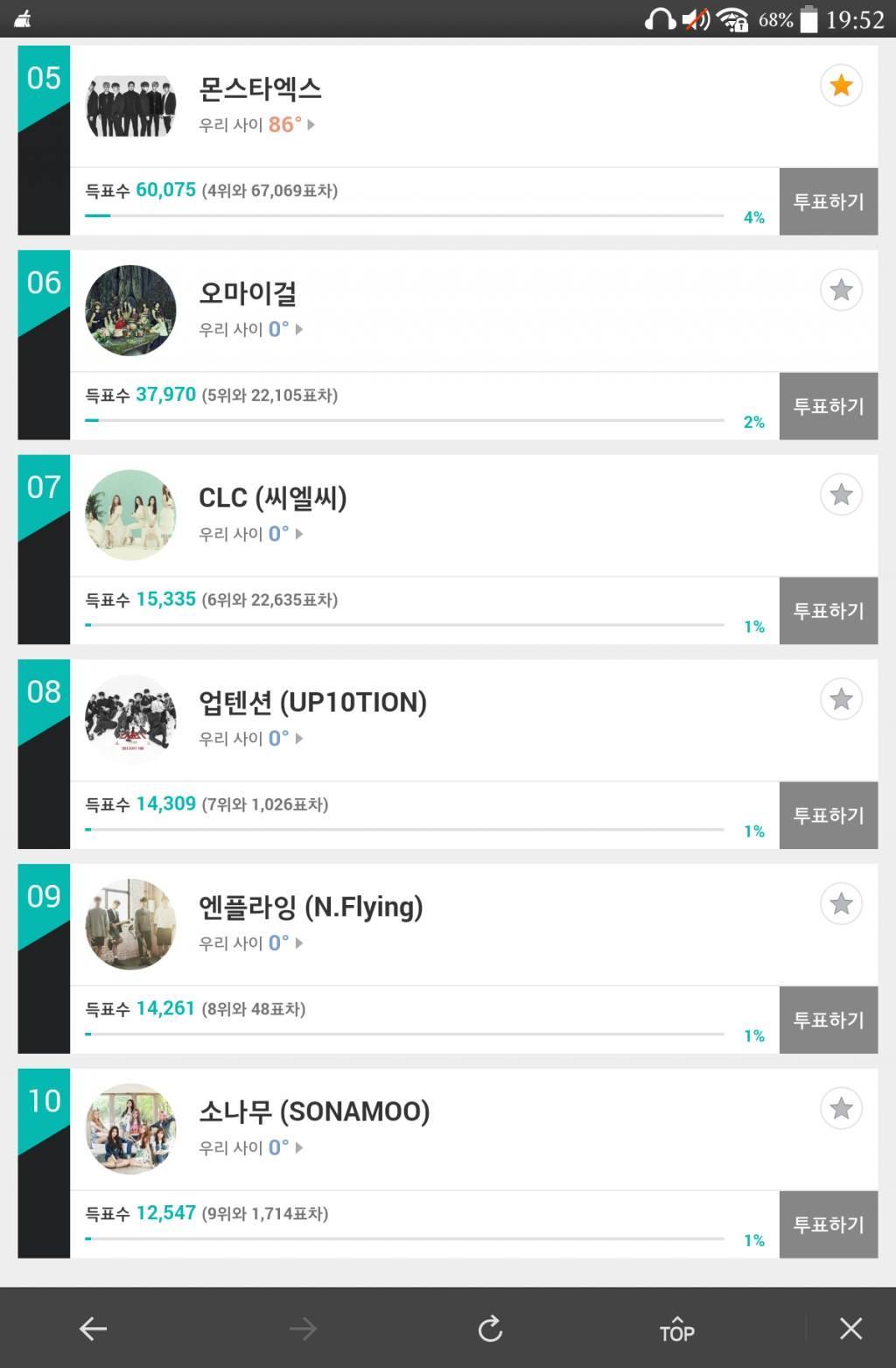 In the following screencap, the netizen watches the count for the rookies from 8:34pm to 12:24am (4~ hours).

[+164, -7] Never mind everything else their vote difference of 26,000 constantly is irrefutable evidence of rigging.

[+73, -3]  I’m an EXO-L but shouldn’t the rookie award go to iKON or SEVENTEEN? Where did N.Flying come from? ㅋㅋㅋㅋㅋ It would be ridiculous if they won. Rookie awards is once and if that is rigged, it would be such a shame.