Netizens are currently discussing a rumored possibility as to how miss A’s Suzy and Lee Min Ho‘s love-line began.

Everyone is wondering how the relationship between top stars Suzy and Lee Minho started dating. With many speculating that they probably met through mutual friends or through work, an online user brought up an interesting rumour as how the love-ling originally started from.

The post which was originally posted on Pann has been actively discussed by netizens and was eventually introduced on Bada.

We have a translated the post depicting the alleged love story between Suzy and Lee Min Ho. 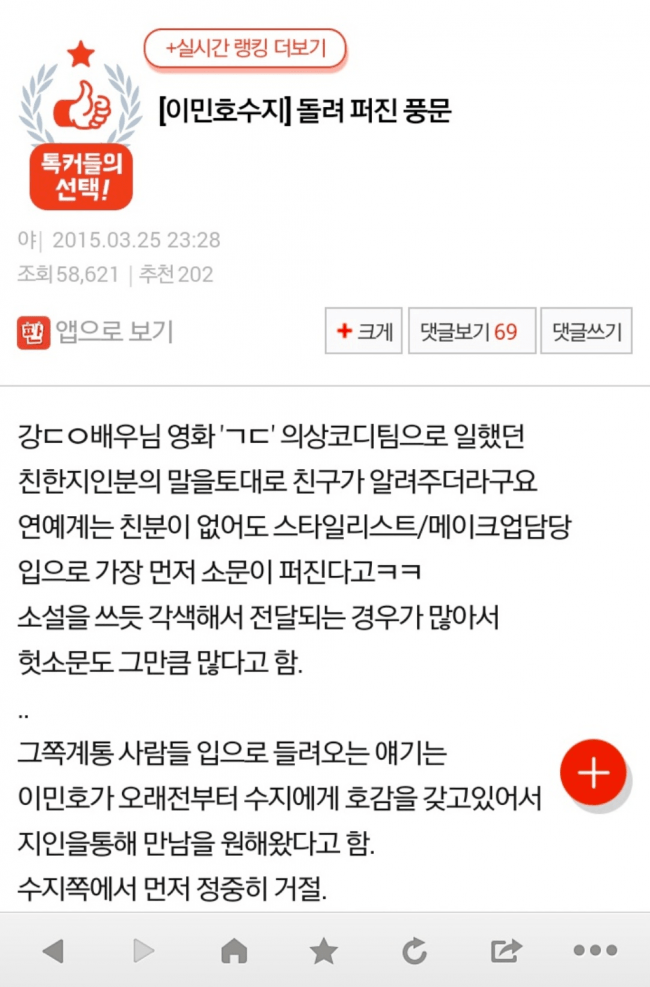 Translation: My friend who is a coordinator is close to actor Kang and tells me many things in the industry. And he tells me that all of the stories spread amongst stylists and make-up artists even if they don’t have close relations with the artists. haha But because they over express these stories, there are also many false rumors.

But here is the story of Lee Min Ho and Suzy through those people. Lee Minho always had a thing for Suzy and wanted to meet her through some mutual friends. But Suzy’s side respectfully denied the request. 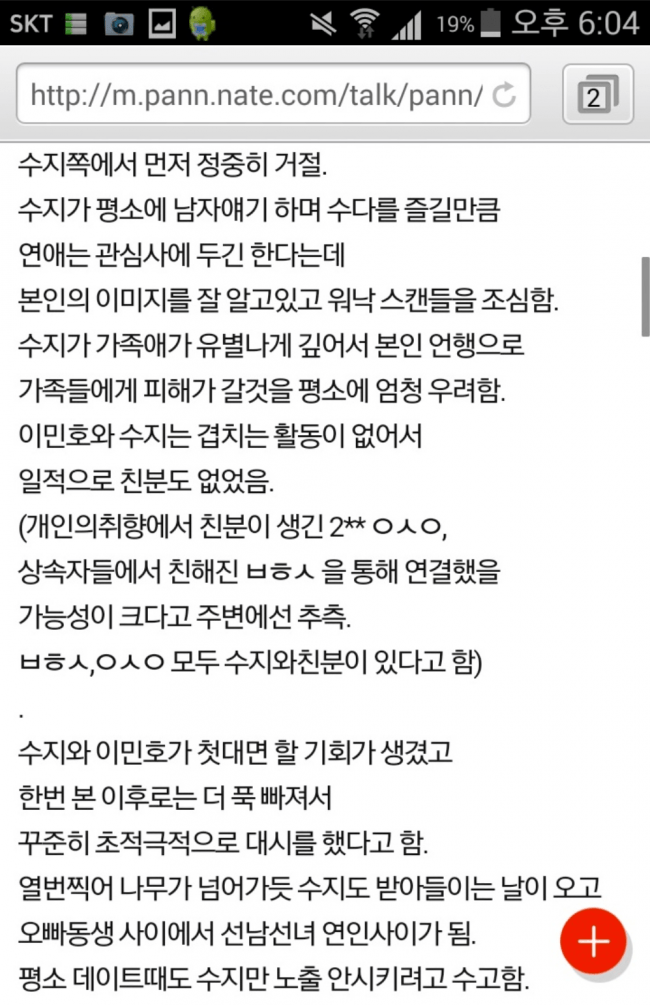 Translation: Suzy did always have interest in dating by having various conversations with many guys but due to her own image in the industry, she was always careful of scandals. Suzy also cares for her family so much that she is always careful in her actions that may affect her family. Suzy and Lee Min Ho never worked together so they didn’t have any mutual people in the industry. (It is speculated that they connected through a mutual friend L and B who are both close to Suzy and Lee Minho)

Lee Min Ho finally got the chance to meet Suzy and they have fallen deeply to each other ever since. Lee Min Ho is reported to have continued to approach her continuously in personal terms. Like the saying “there are no trees that will not fall after hitting it 10 times with an axe,” and they became couples from an oppa and dongseng relationship. Even during their dates, Suzy had a hard time not trying to get exposed to the public. 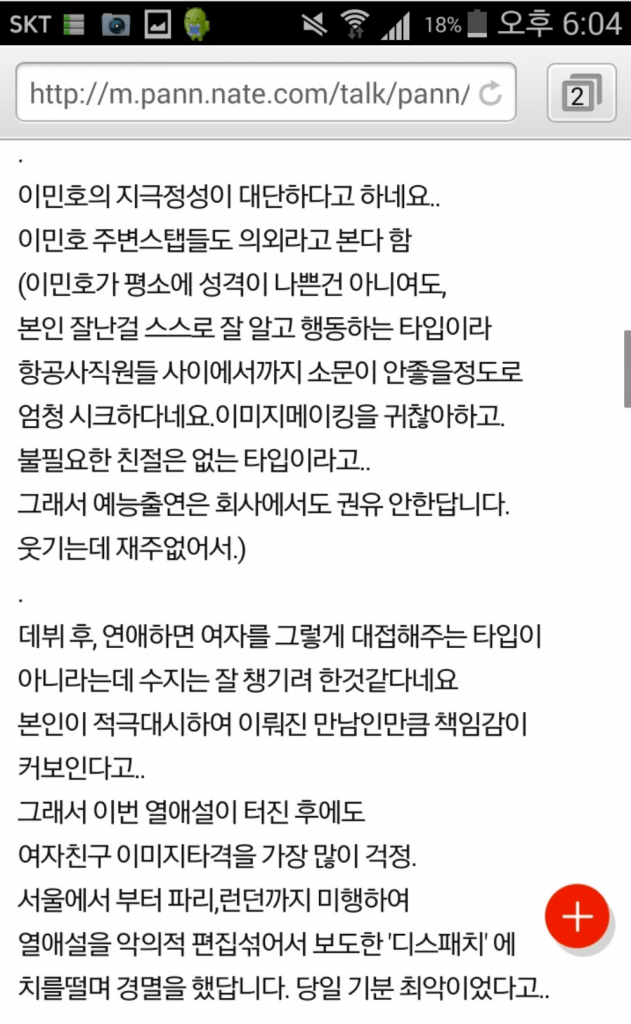 Translation: It is said that Lee Min Ho’s persistence is well known. Staff members who have worked with Lee Min Ho says these actions were unexpected from him. (It isn’t that the actor’s personality is bad but he knows that he is on top and acts that way. He is so chic that there are even rumors amongst airplane members and staffs. He doesn’t like shaping his image due to laziness and refrains from showing good manners when unnecessary. I heard that is why many variety program casting crews don’t like to cast him. Because he is funny but hard to work with.)

After his debut, he used to date girls but he never took care of them. But with Suzy, it is said the he takes care of her really well. I heard it is because he takes bigger responsibility for making this relationship happen with his persistence. He also worried for her image when the scandal broke out to the public. I heard he hated Dispatch for following them around from Seoul, Paris and London. It is said that he felt really bad at the time the story broke out.