Who is the female lead in BoA‘s “Who Are You” music video? That is the #1 question many have asked after being captured by this mysterious and unknown actress.

Unpublished photos of the rookie actress were shared by her agency WIDMAY Entertainment on their official blog on May 12th.

Actress Kim Hyeon Ji‘s beauty really shines in the stills as well as in the music video, garnering the interest of many. She boasts a model-like figure and unblemished skin, highlighting her innocent charms even more. 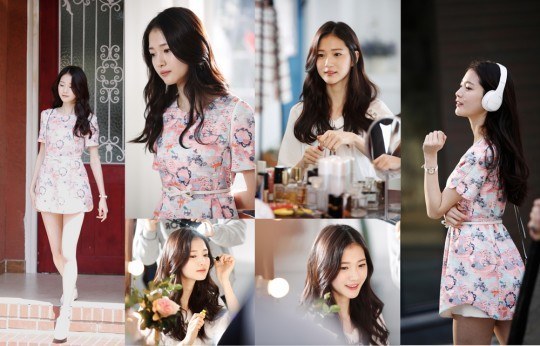 Kim Hyeon Ji was the main female lead for BoA’s “Who Are You” music video, playing a woman who is excited about her blind date and accidentally visits the wrong cafe. She immediately rushes to the correct place where her blind date is patiently waiting for her played by EXO‘s Sehun. In the music video, she showcases a wide range of appeal as her character goes through different sets of emotions to correctly express the song’s lyrics.

With her successful stunt in the music video, many are looking forward to her future projects when she officially debuts.

Currently, she is still a trainee under WIDMAY Entertainment, home of popular actor Hong Jong Hyun.