Despite the title of their latest comeback “Good Luck,” girl group AOA has hit quite a few roadblocks during this cycle of promotions.

However, in a recent turn of events, AOA’s win was retracted after a recount proved that rookie girl group TWICE were actually the correct winners of the show. And after Music Bank recounted their scores, fans of rookie male group SEVENTEEN are now also demanding a recount, suggesting that SBS MTV had also made a scoring error. If fans are proven correct, AOA would lose yet another trophy, rendering the with only one for “Good Luck.” 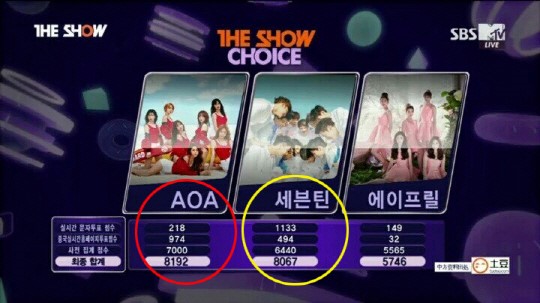