After coming under fire for giving rap lessons for money despite leaving the military because of mental health problems, rapper Swings has apologized for his actions.

Although he promised that he would spend the amount of time remaining in his military service time (approximately eleven months) focusing on treating his illness, Swings was heavily criticized after it was discovered that he was earning about twenty-five million won (approximately $21,000) a month giving rapping lessons and lectures to aspiring rappers.

In a recent interview, Swings apologized for his actions and explained that he was only giving the lessons because he was running low on cash due to not being active in the industry. However, some netizens have criticized Swings, adding that despite claiming that he didn’t have money, the rapper recently bragged about buying a pair of shoes worth millions of yen. 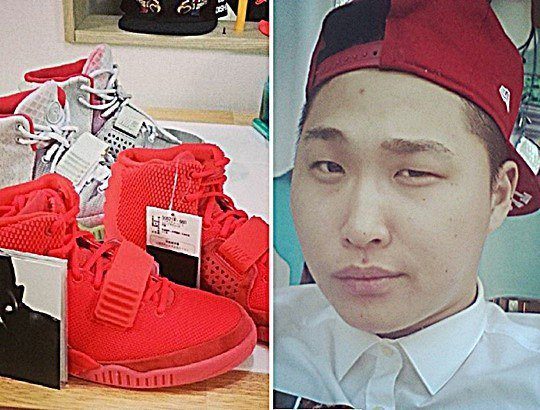 [+ 1756, – 18] Why are hip hop wannabes so fake?? Tsk tsk they act all smart, strong and righteous but they’re always so forgiving when it comes to themselves. I hope all of them go back underground.

The “Visible Thong Straps” Trend Is Making It’s Way Into K-Pop, And Fans Have Conflicted Opinions

DAWN Endearingly Keeps HyunA Safe At The LOEWE Fashion Show, But Fans Are Frustrated That The Gesture Was Even Necessary