Fans of BTS‘s V came flooding into a Twitter fansite page after a set of 4 stunning pictures of V were posted. 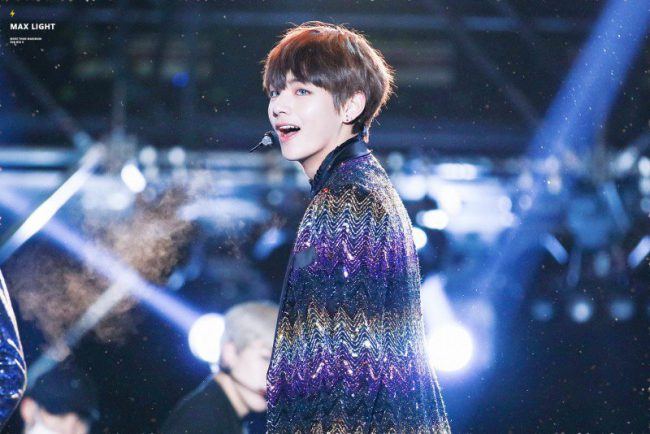 The fan page, titled MAX LIGHT, uploaded four shots of fan taken photos along with the caption, “Hello, my winter.” 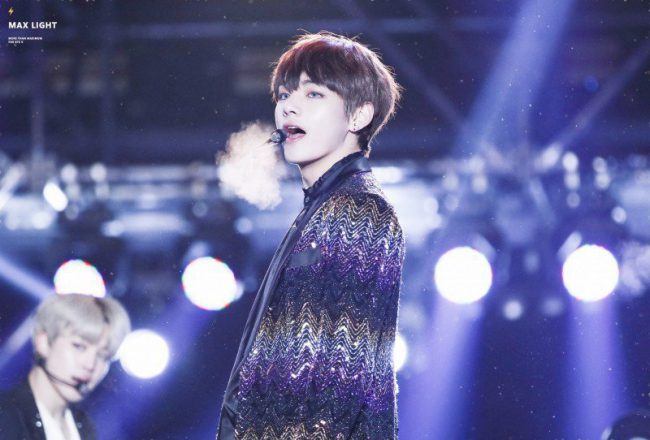 The pictures show BTS V performing at the 2016 MBC Gayo Daejejun with light blue contacts, porcelain skin, and a playful, confident expression, as well as a wink! 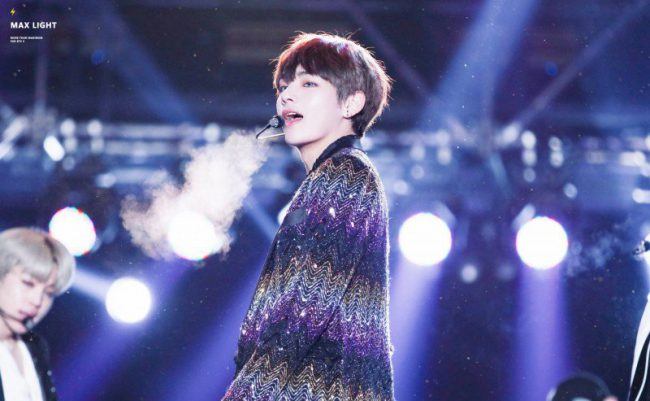 The amazing angle at which the photo was taken to accentuate all of V’s incredible facial features. 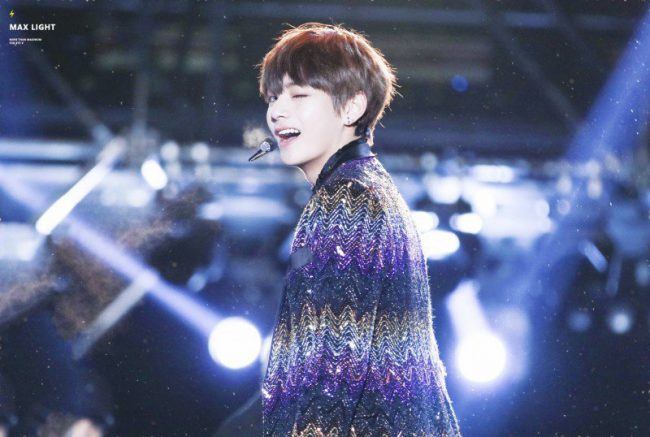