A Japanese thief is praised after stealing a bike, but what he did next was both shocking and hilarious. 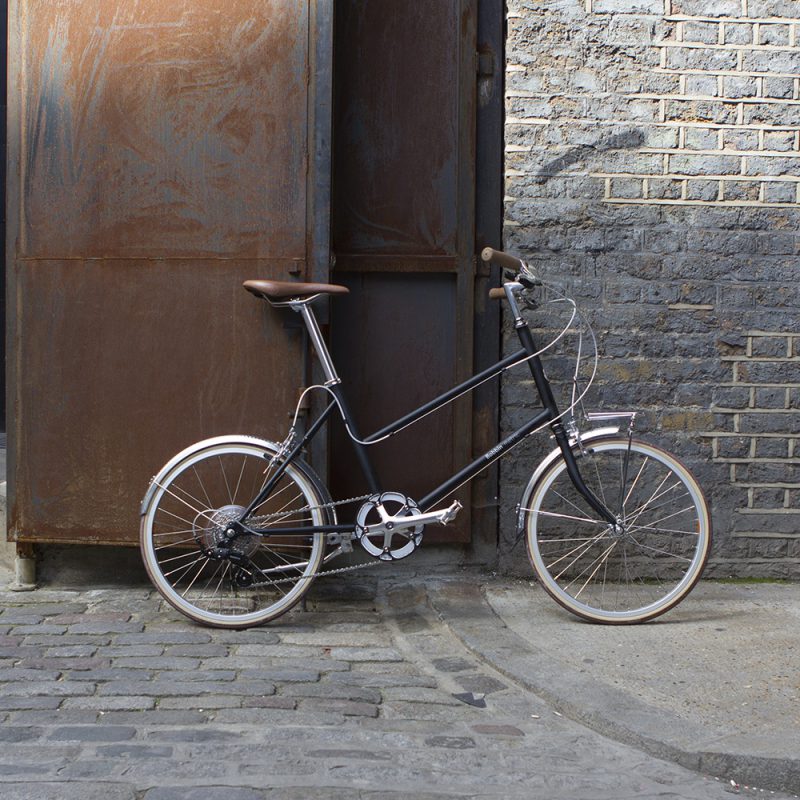 The victim of this bike stealing incident took to twitter to reveal the strange story of how his bike was recently stolen.

“When I got home today, I found some paper stuck to my bike! I was so surprised at how good the security is in Tokyo.”

According to the twitter user, the thief left a note and a special gift upon returning the bike. 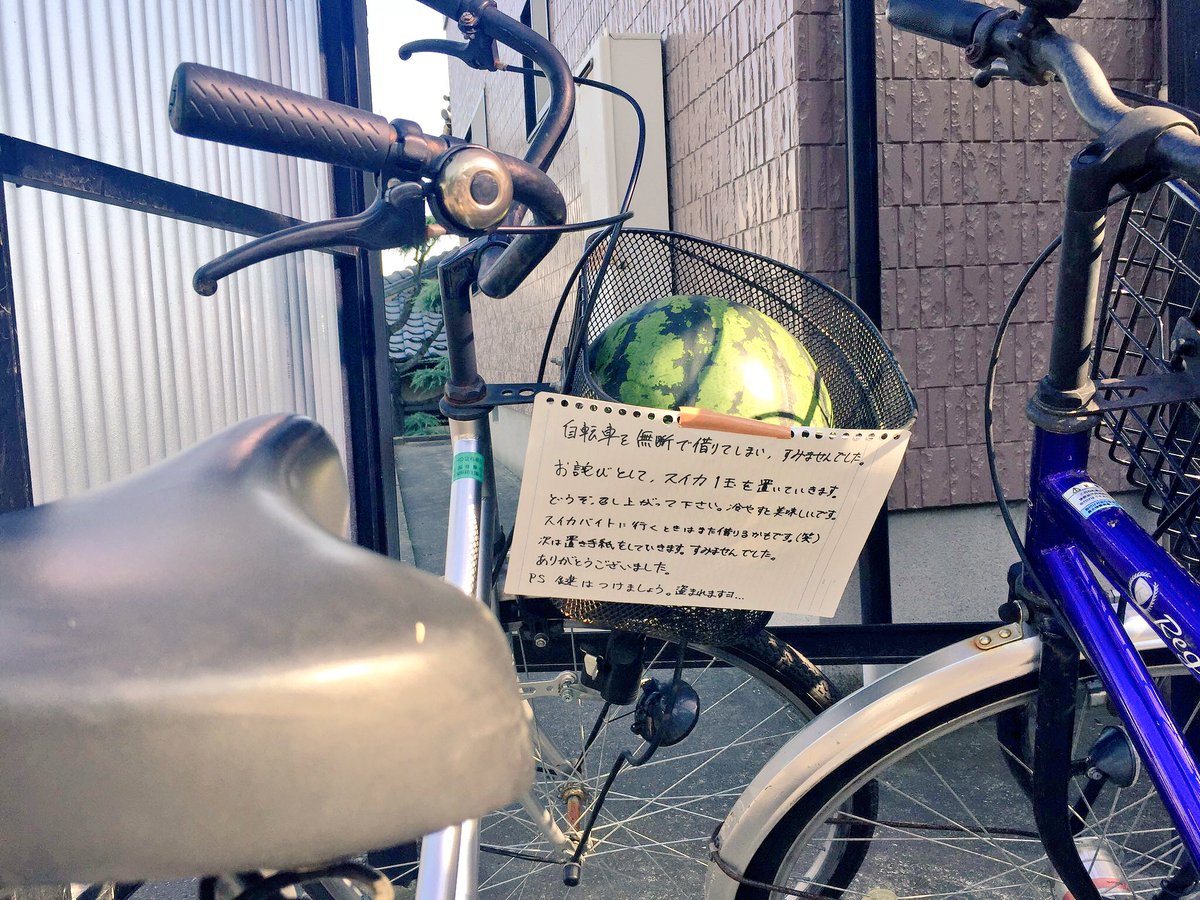 Along with the note, he included a watermelon, a common gift in Japan, as a way to thank the man for so kindly letting the thief “borrow” his bike. 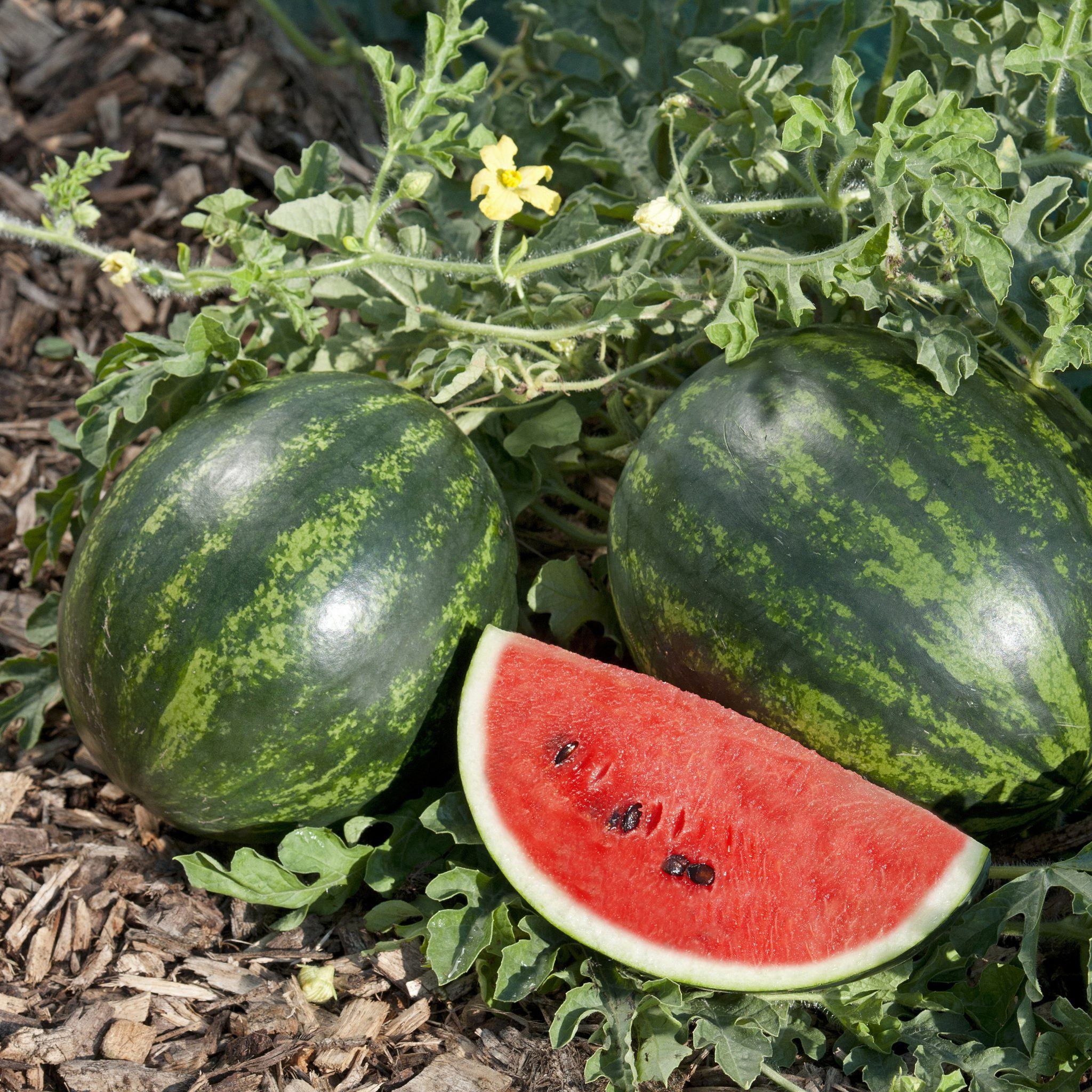 In the note, the thief said that the bike was stolen so he could avoid being late for his summer job… where he delivers watermelons. 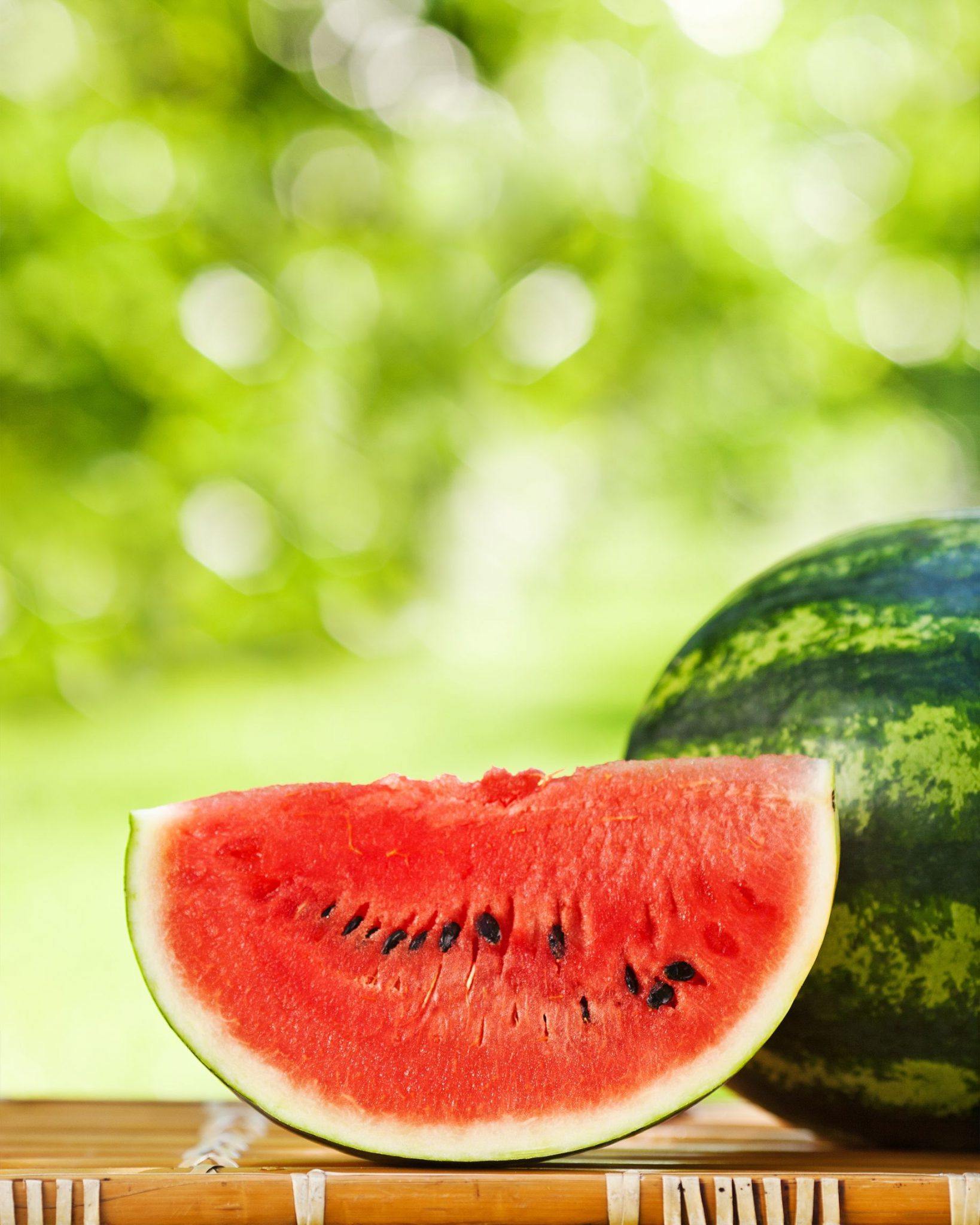 Despite apologizing, he admitted that he would likely borrow the bike again…if they forget to lock it up once more. 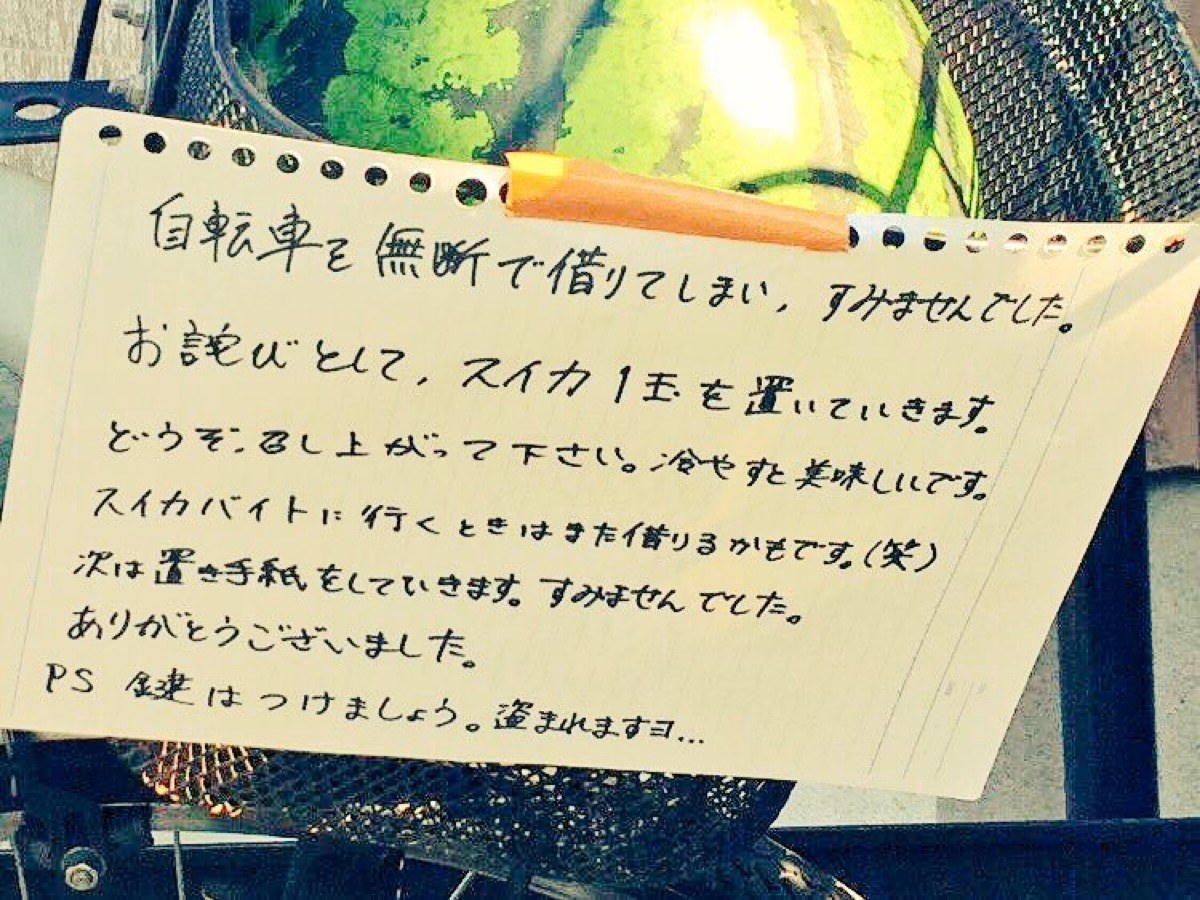