Everyone enjoys ice cream, even our beloved K-Pop idols. But it’s not likely you’ll see many idols trying one of these.

Ice cream is commonly served in cups, in cones, or on sticks. Korea takes it to a whole new level with their sexual humor. These new ice cream snacks have drawn the widespread attention of food lovers with their intricate design. 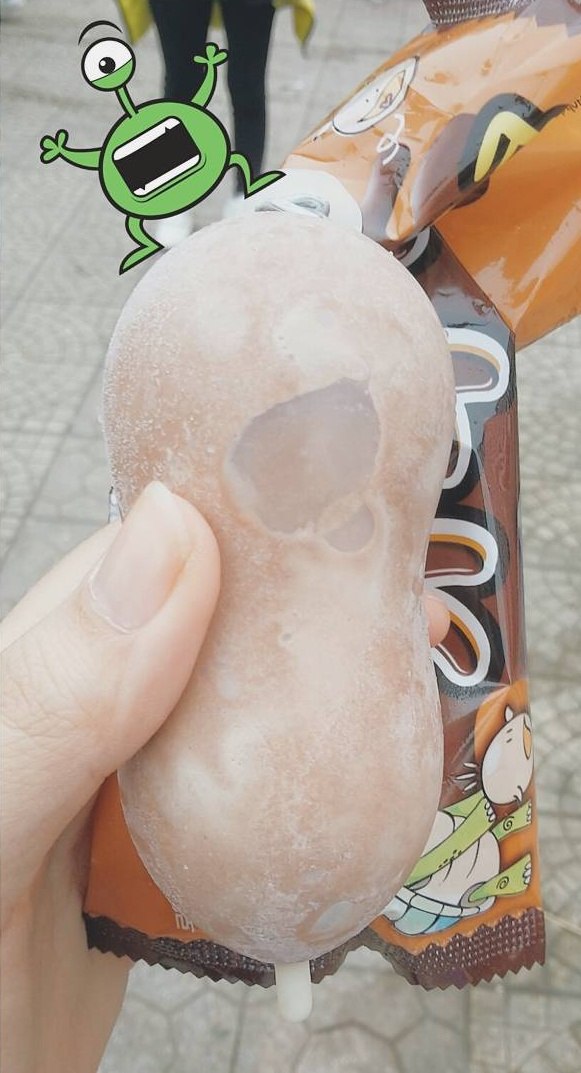 Korean ice cream vendors sell what they call “Chocolate Flavored Turtle Eggs.” Despite the name, there is very little egg-like about the snacks. They are made of chocolate ice cream packed tightly into something that only looks like a condom.
Straight out of the package; the ice cream snack is sealed tight inside a thin rubbery wrap.

To eat it, the tip first needs to be removed.

The ice cream is then sucked through the opening.

A green cartoon turtle decorates the package. Those are some interesting turtle eggs!

These chocolate ice cream snacks are apparently very popular in Korea. Some ice cream lovers have journeyed far and wide to enjoy the hilarious new snack. Despite the suggestive appearance, reports say it tastes just as good as ordinary ice cream. 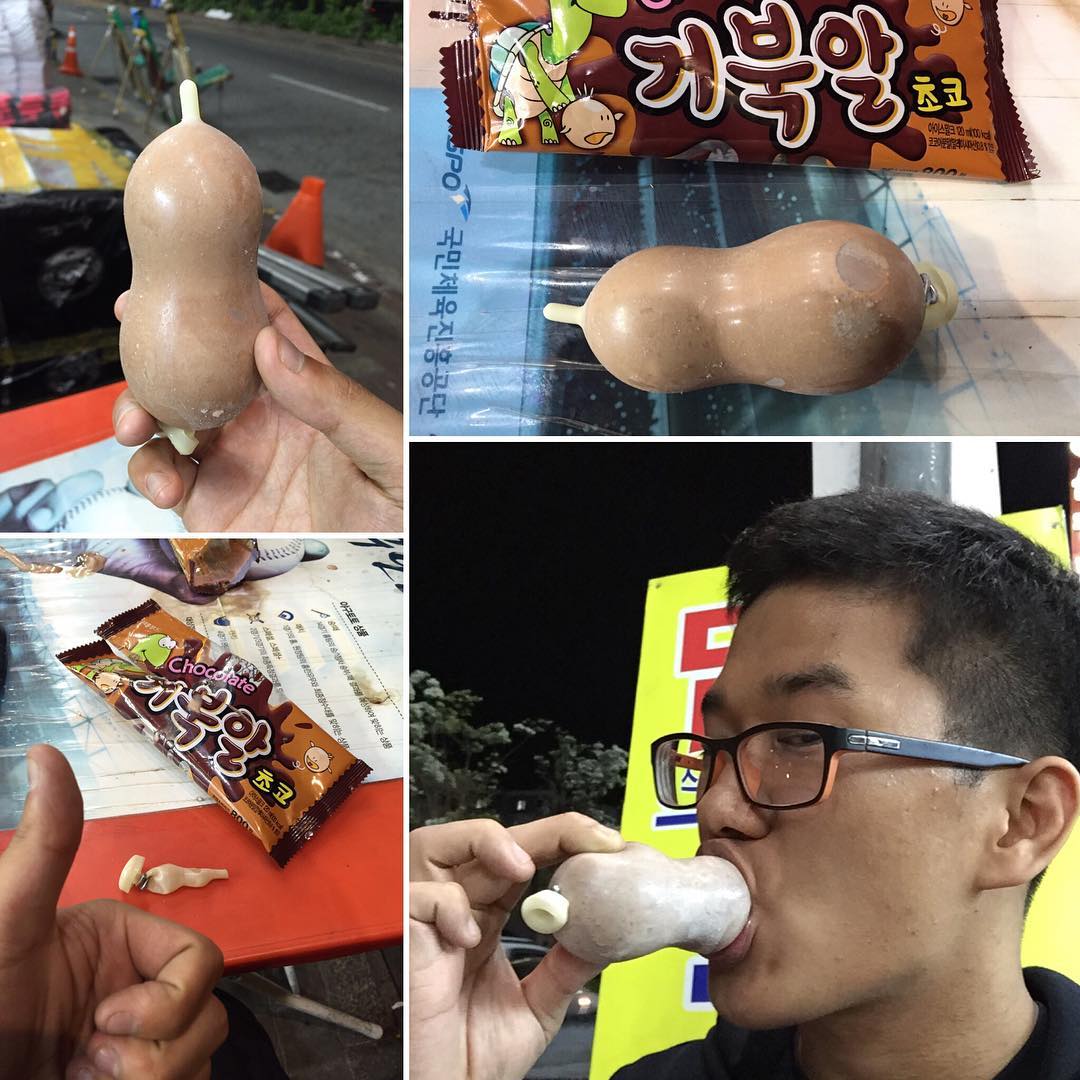 What do you think about these chocolate ice cream snacks? Let us know in the comments below!