EXID Hani was criticized in the past for crying too much on programs, resulting in viewers feeling uncomfortable. Yet she continued to have emotional attacks, most recently on an episode of Star King. Netizens bashed her for “faking it”, while fans expressed their concern for her wellbeing.

Titled “Hani Crying Again Tomorrow,” here is the direct translation of the post on Pann and the comments below. 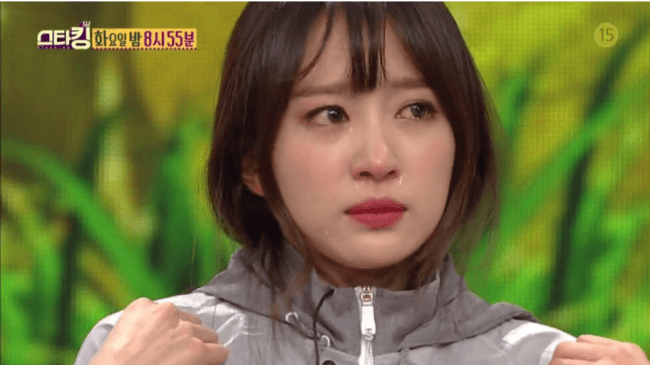 Let out member Solji instead lol.

I think it is true that her emotions are like glass so she should rest and calm herself down. Then she should return in an normal state on programs.”