In an episode of the reality show “Off The Record”, Suzy met with 3 of her closest friends on a rare schedule-free night. Contrary from her prior claims that she could only drink 1.5 bottles of soju, Suzy boldly asserted that she can drink 2 full bottles of soju and boasted that her face does not turn red after consuming alcohol.

“My face won’t turn red. It will look like I didn’t drink a sip when I’ve actually drank the most.” 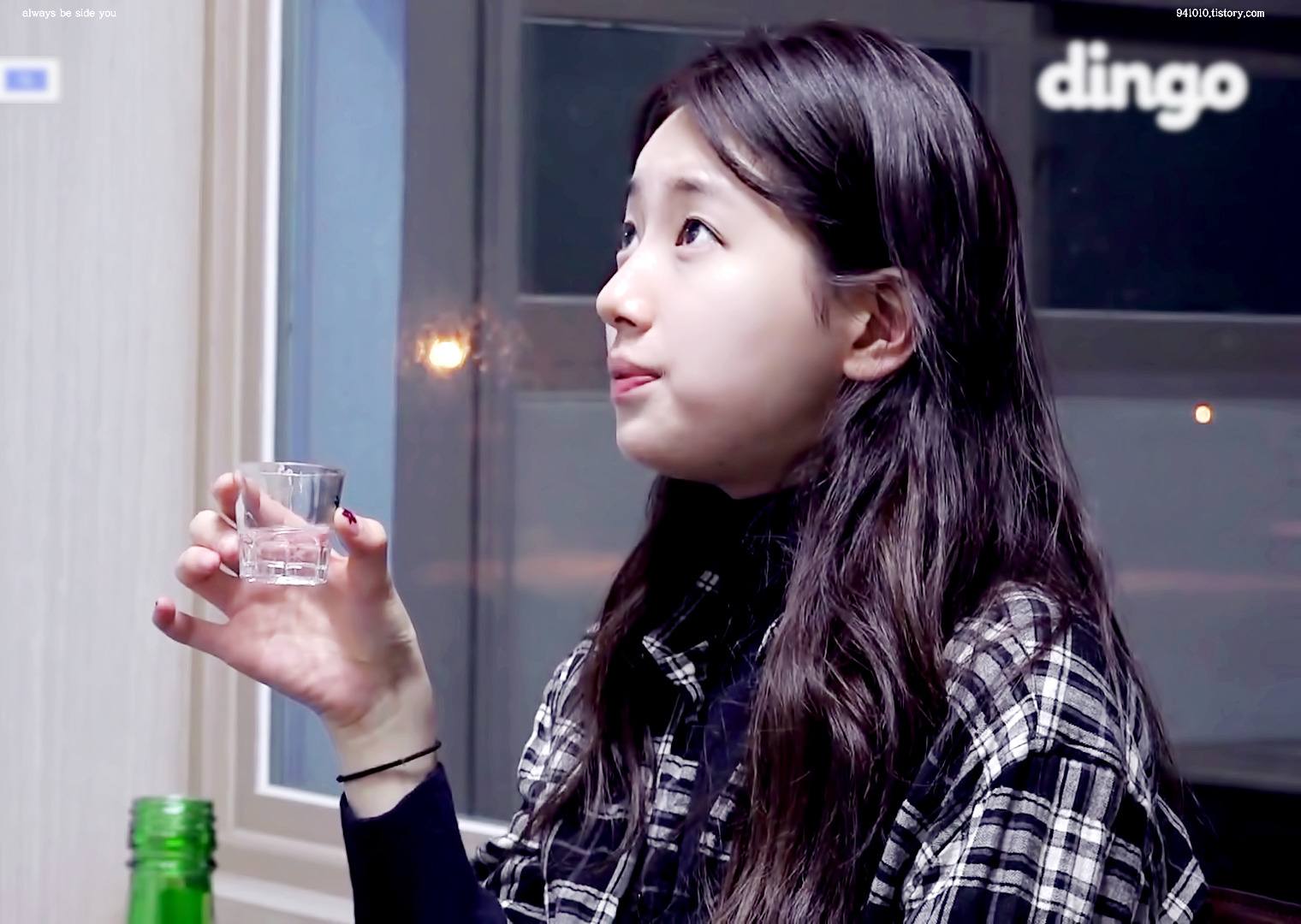 Once Suzy admitted she was pretty drunk, her friends decided to play a game of truth, where Suzy would either have to answer a question truthfully or take a drink. The first question they asked was “when was your last kiss?”

“My first kiss.. oh I had my first kiss filming a kiss scene on the set of ‘Dream High’.”

Her friends were shocked to hear that her very first kiss had been on a drama set, and they refused to believe her answer, even though Suzy professed it was true. Suzy was then forced to down another shot of soju.

The 3 friends then asked Suzy about her ideal type, to which Suzy responded:

“In the past, I liked a person that’s sexy. I really liked Ian Somerhalder back then. But more recently, I like someone like Choo Sung Hoon. He’s strong and looks like he can fight at UFC. I like someone who would be able to protect me.”

They also asked about her weight, where Suzy truthfully revealed:

“On my profile, it says I’m 47kg. I weigh more than that. That was my weight back during Bad Girl Good Girl promotions. But do I really have to update that information now?”

One of her friends also commented that when they were at home together, Suzy would take off her clothes, stand in front of the mirror, and tell herself that she had lost weight. Upon hearing her friend reveal the embarrassing story, Suzy replied:

“We’ve been friends for a long time now and she’s still not used to seeing me without clothes on.”

Finally, they asked Suzy when her happiest times were, and she said “Right now…” and all of her friends called her out for lying once again. She then gave her real answer:

“Not too long ago, I had a fan meeting. I kept crying in the middle of it. I’ve always wanted to hold a fan-meeting and the fans really like them too.”

Watch the latest episode of Off the Record below:

BLACKPINK’s Jisoo Is Announced As Cartier’s Newest Ambassador, And Here’s Why It Was Always Meant To Be